You are using an outdated browser. Please upgrade your browser to improve your experience.
Skip to content
We're Proudly Australian Made, find out more CLICK HERE
SustainabilityClimate change

Statement on 2021 Review of Industry Associations

Statement on 2020 Review of Industry Associations

Santos to be net-zero emissions by 2040

Santos has announced ambitious emissions reduction targets in line with global aspirations to limit temperature rises to below 2°C that include: 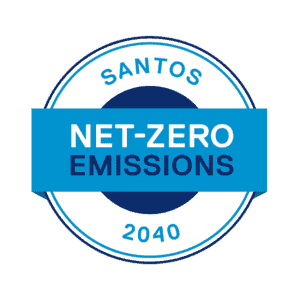 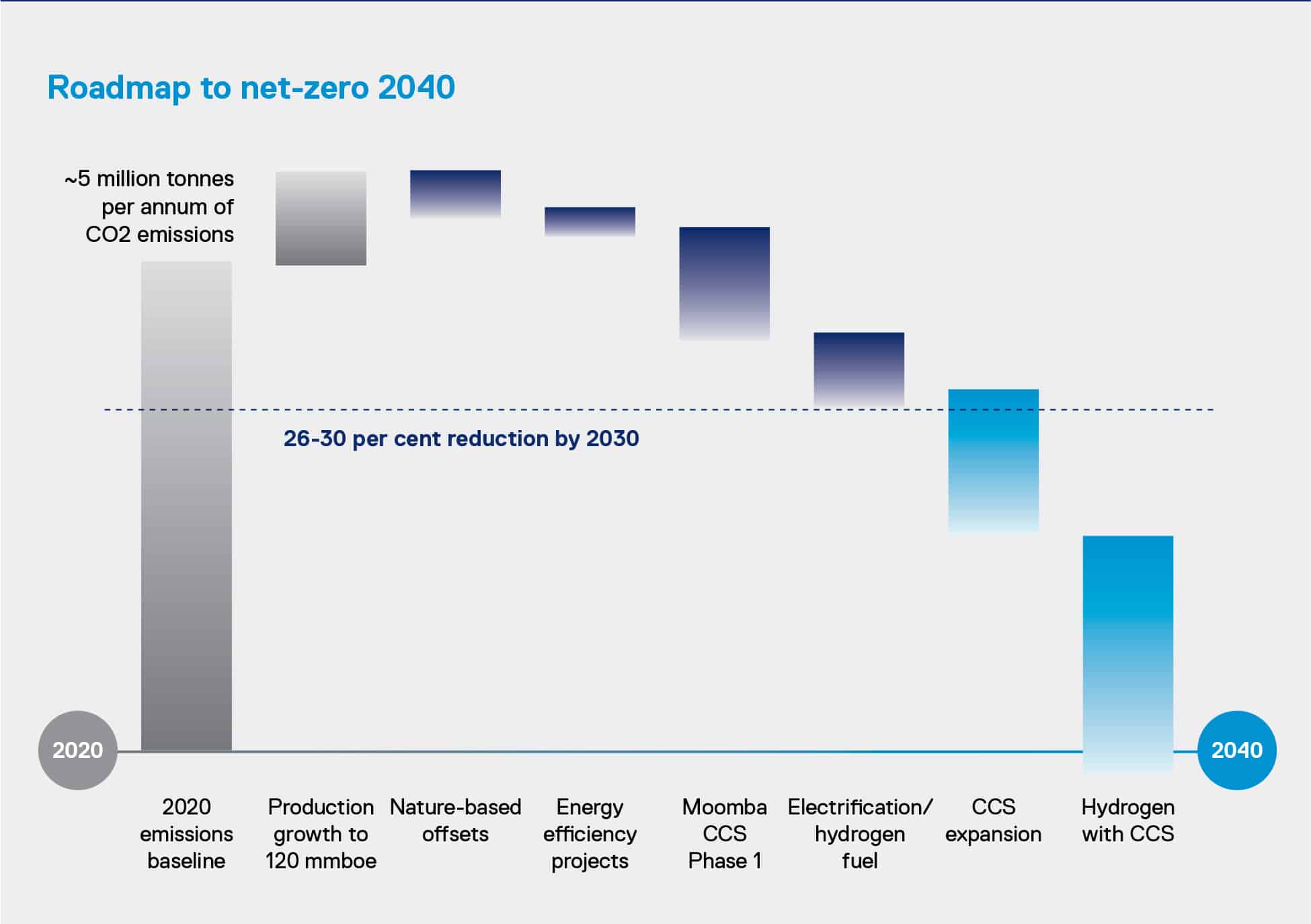 More than ever, natural gas is a fuel for the future. We see a strong future for Santos and a sustained shift to natural gas will significantly reduce greenhouse emissions and contribute to a lower-carbon world. Natural gas is expected to supply 25% of all global energy demand in 2040.

Reporting our progress on addressing the climate challenge

Since 2018, Santos has published annual climate change reports that align with the recommendations of the G20’s Task Force on Climate-related Financial Disclosures (TCFD). The latest 2021 Climate Change Report outlines that Santos is ahead of plan in achieving our 2025 targets and includes details and case studies regarding the company’s emissions reduction performance. It also sets out our pathway to achieving the 2030 targets and net-zero emissions by 2040 in more detail.

Read more about our performance in the 2021 Climate Change Report. 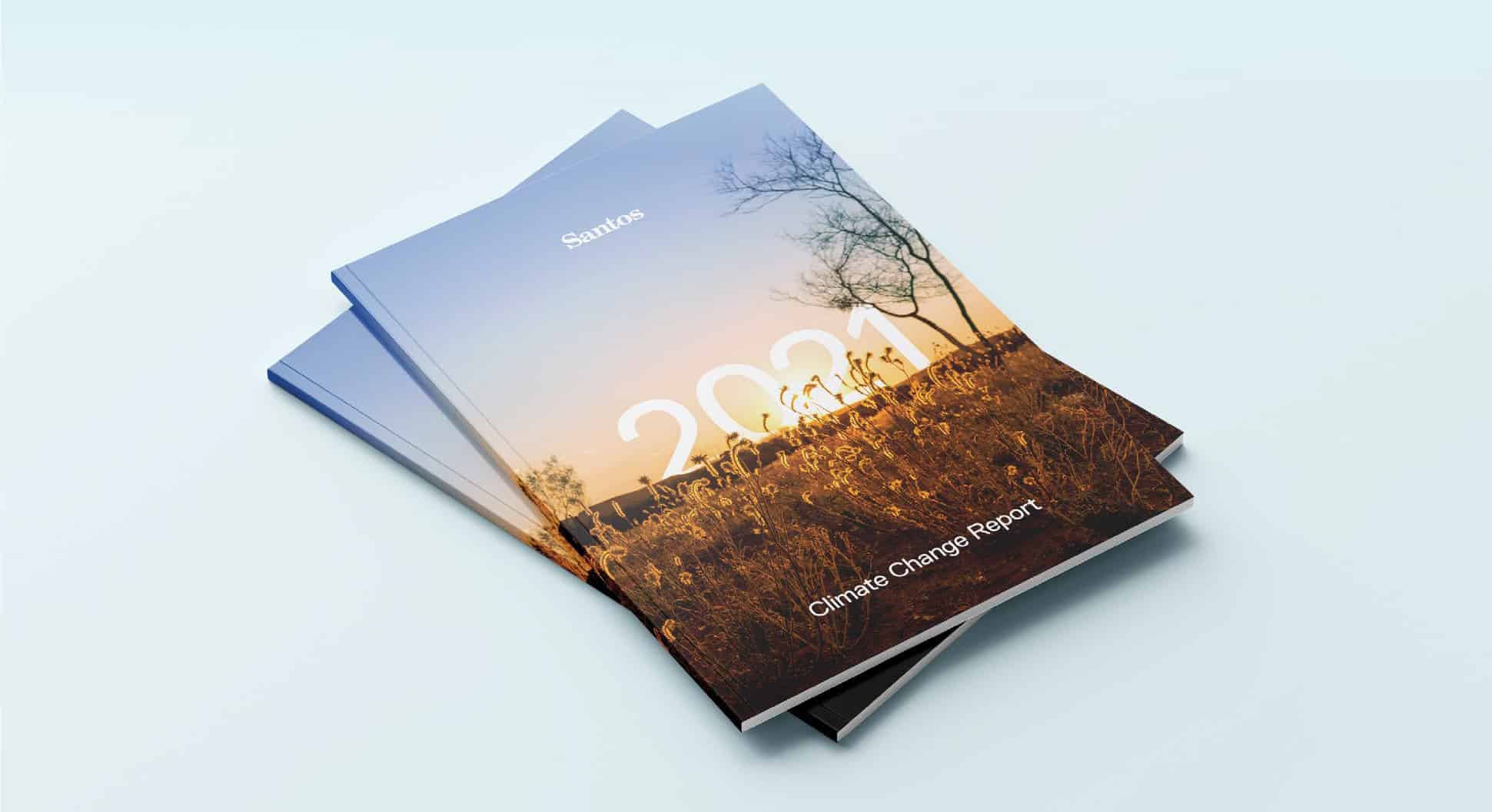 Front-end engineering design is complete for the capture, compression, dehydration (removing any water) and storage of CO2 from the Moomba plant. As part of this phase of the project, Santos successfully injected approximately 100 tonnes of CO2 deep underground into depleted gas reservoirs where it originally came from and has been safely stored for more than 50 million years.

Phase one of the Moomba CCS project aims to inject up to 1.7 million tonnes of CO2 emissions per annum from the Moomba Gas Plant.

This will support commerciality for the project, which is expected to cost approximately A$30 per tonne of CO2 captured.

Appropriate policy settings will accelerate further CCS deployment in the Cooper Basin, which has the capacity to store up to 20 million tonnes of CO2 per
annum and become a large-scale, commercial CCS hub. The Cooper Basin will be able to offset emissions not only from oil and gas, but from other industries such as power generation, steel, cement and chemicals and enable clean hydrogen production at significantly lower cost than produced via electrolysis.

CCS is recognised as a safe, well-established solution for permanent, large-scale emissions reduction and clean hydrogen production, the keys to economy-wide decarbonisation.

Schematic of CCS infrastructure in the context of the Cooper Basin and opportunity to support hydrogen growth. As outlined in the Santos 2021 Climate Change Report, WALFA is now recognised across Australia and the world for its effectiveness at reducing greenhouse gas emissions, more than two million tonnes of CO2 equivalent, making it one of Australia’s biggest offset projects.

For the original five Aboriginal ranger groups, the long-running project has had a transformational effect on the communities they support. Revenue from the carbon credits they produce has reaped benefits in a range of key areas, allowing more employment of traditional owners on country, and a strengthening and expansion of the vital work they do.

As well as better fire management, carbon credits revenue has supported WALFA’s five project partners to invest in community-identified priorities to increase their capacity to manage the land and sea country of Arnhem Land, growing their effectiveness while also strengthening culture.

Far beyond its original goal to produce carbon offsets, initiatives such as these demonstrate the enduring environmental, social and education legacy of the WALFA project and the potential for the carbon market to contribute to diverse sustainable outcomes in Australia.