You are using an outdated browser. Please upgrade your browser to improve your experience.
Skip to content
Targeting net-zero by 2040, find out more CLICK HERE
About UsOur Leadership

Since joining Santos, Mr Gallagher has led significant transformation and growth of the company, delivering a competitive advantage in the energy transition. Under his leadership, Santos is now Australia’s second-largest independent natural gas and liquids producer after implementing a focused strategy to build and grow around five core long-life, producing natural gas assets in Australia, Papua New Guinea and Timor-Leste. The strategy has included successful acquisitions of Quadrant Energy and ConocoPhillips’ Australia-West business, and a merger with Oil Search.

Mr Gallagher has implemented a disciplined low-cost operating model and strengthened the balance sheet to support the company’s strategy, creating a strong cash-generative business that has delivered a series of record results. This has propelled Santos into the top-20 ASX list and the top 20 companies in the oil and gas sector globally.

Mr Gallagher has positioned Santos to leverage the critical role natural gas will play in delivering energy security through the energy transition to net-zero emissions. He has implemented a clear decarbonisation strategy building around the company’s existing infrastructure by developing natural gas projects for backfill and growing new revenue streams and reducing emissions through carbon capture and storage, and clean fuels projects such as hydrogen. Under Mr Gallagher’s leadership, Santos has made the world’s first booking of carbon storage reserves and taken a final investment decision on one of the world’s biggest CCS projects in South Australia’s Cooper Basin.

Commencing his career in the oil and gas industry as a drilling engineer in Scotland working with Mobil in the North Sea, Mr Gallagher migrated to Australia to join Woodside in 1998. He was Chief Executive Officer at Clough Limited from 2011 until his appointment at Santos.

Having built a strong, low-cost base business supplying natural gas to meet ongoing customer demand and laid out a clear action plan to develop cleaner energy and clean fuels with an ambitious target of net-zero Scope 1 and 2 emissions by 2040, Mr Gallagher is committed to ensuring Santos remains resilient, value accretive and at the leading edge of the energy transition. 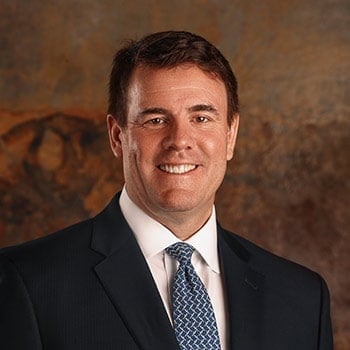 David has 30 years of international and domestic experience in the oil and gas industry. He started his career with Schlumberger in South-East Asia before joining BHP. Whilst at BHP, David’s roles included executive, operational, technical and functional leadership roles including General Manager Shale Oil, Vice President HSE, Vice President Shale Drilling and Completion and Bass Strait Asset Manager. Beyond business and function leadership, David led BHP Petroleum’s Transformation and was Integration Manager for US shale assets. He has over 30 years of experience in the upstream oil and gas industry, both in Australia and overseas, with technical, operational, commercial and management experience across varied assets, onshore and offshore. Before moving to Santos, Brett held senior leadership roles including Chief Executive Officer of Quadrant Energy, Managing Director and Region Vice President for Apache Energy Limited, Vice President of Drilling and Completions at Woodside and Drilling Manager at Santos.

Brett holds a Bachelor of Civil Engineering degree from the University of Queensland and is a Chartered Engineer. He is a current member of the Curtin Business School Advisory Council and an elected member of the General Council of the Chamber of Commerce and Industry of WA.

Bruce joined Santos in December 2021 as part of the company’s merger with Oil Search. Mr Dingeman had been working in Oil Search’s Alaska Business Unit since 2018 where he served first as COO before assuming his current role.

Bruce began his career in Alaska, and since that time has held a wide range of technical, financial, and executive leadership roles covering a number of international and domestic locations at ConocoPhillips, Talisman, CASA Exploration, Naftogaz, and Oil Search.

Bruce holds a bachelor’s degree in Petroleum Engineering from the University of Wyoming and a Master of Business Administration from Duke University, where he was named a Fuqua scholar.  He is an active member of the Society of Petroleum Engineers and is a registered Professional Engineer in Texas. 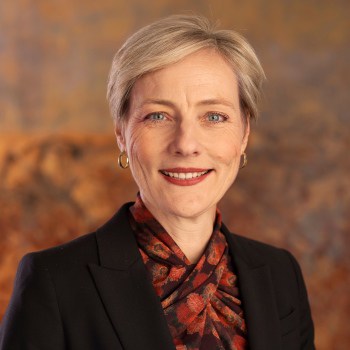 Beverley joined Santos in September 2020 as Head of Government Affairs. She began her career as a journalist in print media and also went on to work in radio. Bev then worked in state and federal politics before joining Woodside Energy Ltd where she spent nearly 10 years. While there she led corporate affairs and government relations activities including during construction of Pluto LNG and as General Manager of Community was responsible for all stakeholder engagement activities across projects and operating assets as well as sustainability reporting and community development funding.

She has served on not-for-profit boards including as Deputy Chair of Volunteering WA and Chair of Barking Gecko Theatre in WA. She is an alumni of Leadership WA. 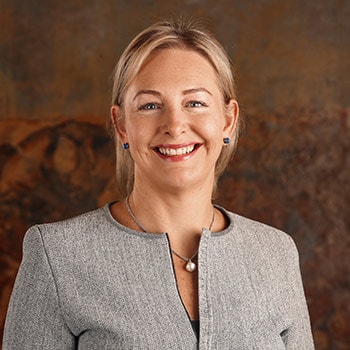 Jodie joined Santos in 2019. She is the General Counsel and Company Secretary of the Santos Group, overseeing the Company’s Legal, Company Secretariat, and Risk, Audit and Compliance functions.

Jodie joined Santos from INPEX Australia, where she was General Counsel and General Manager Legal for the Ichthys LNG project and INPEX’s Australia business. Jodie brings to the table a demonstrated history of delivering some of the biggest projects and M&A deals in the oil and gas industry.

Jodie commenced her career in the legal private sector, working in the UK and Australia, before taking on senior in-house roles in the oil and gas industry. Jodie has served on the advisory board of the Curtin University Law School as well as Muscular Dystrophy WA. Jodie was recognised on The Legal 500 GC Powerlist Australia in 2018. 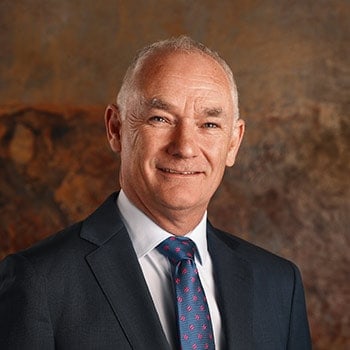 Angus joined Santos in 2016, and was appointed Group Executive Transformation, Integration and Corporate Projects in May 2021.

Angus has over 25 years of leadership and consulting experience as a Director of Azure Consulting, a Partner at The Boston Consulting Group and a Supply Chain Manager with the global packaging group Crown Cork and Seal.

At Azure Consulting, Angus supported companies in developing strategy and driving organisational change. At BCG, Angus set up the Perth office, led the Australian Operations practice and was a core member of both the Mining and Metals practice and the Energy Practice. He served clients in Australia, New Zealand, Asia, Europe and North America building strong capabilities in strategy, operational efficiency and running transformation programs. As a Supply Chain Manager, Angus was accountable for procurement, planning, logistics and product delivery. 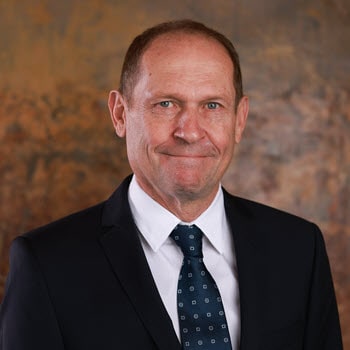 Bart joined Santos in December 2021 as part of the company’s merger with Oil Search. As Executive Vice President Projects, he will assume responsibility for major capital project activities.

After joining Oil Search in 2019, Bart held executive positions overseeing technical functions including project management, operations excellence, innovation, information technology, and safety, security and risk. Most recently, he was Oil Search’s Executive Vice President and Co-Head Papua New Guinea, with responsibility for the company’s PNG operations and development. He continues to hold these responsibilities during the transition phase.

Bart has more than 38 years of upstream oil and gas experience, and prior to joining Oil Search, he was Vice President for Development for Shell. In this capacity, Bart was responsible for development, between discovery and production, for all of Shell’s operated conventional oil and gas assets.

Bart has a Mechanical Engineering degree from Leuven University and an MBA from Henley Business School. He has extensive project development experience across the full project lifecycle and has lived and worked in several locations around the world. 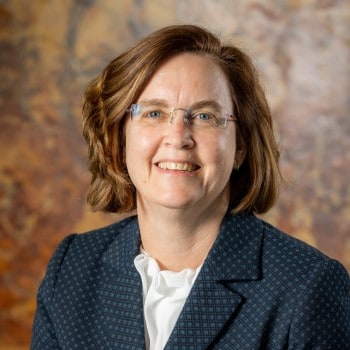 With more than 15 years’ experience in the oil and gas industry, Anthea held several senior executive roles at Woodside Energy including SVP Finance and Treasury, VP Global Operations Planning and Performance, and Acting CFO prior to commencing with Santos.

As Santos’ Deputy Chief Financial Officer, Anthea led the successful US$1 billion US144A bond transaction and played a key role in the integration of the ConocoPhillips asset purchase. As CFO, Anthea has oversight of finance, tax, treasury, planning, and investor relations functions within Santos.

She is a Fellow of Chartered Accountants Australia and New Zealand, holds a Master of International Tax from the University of Melbourne and a Bachelor of Commerce from Curtin University. 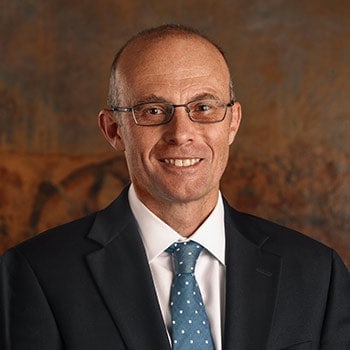 Anthony joined Santos in 2016 and was appointed Chief Commercial Officer in January 2022, with responsibility for the commercial function as well as business development, marketing and trading, and carbon solutions. Anthony previously held the role of Chief Financial Officer, with responsibility for the finance, tax, treasury, planning, business development, commercial, investor relations and IT functions. He brings over 25 years of experience in chartered accounting, banking and corporate financial roles including over 15 years’ experience in the upstream and downstream oil and gas industry.

Anthony holds a Masters of Business Administration from AGSM and is a Fellow of the Financial Services Institute of Australasia and a Fellow of Chartered Accountants Australia and New Zealand. 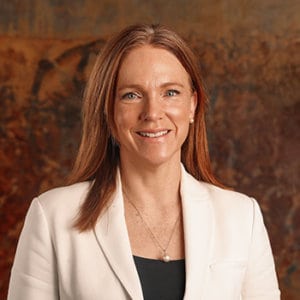 Jane joined Santos in 2005 and has responsibility for developing Santos’ corporate strategy and leading the CEO office, including media, communications, sponsorship, brand and events. Jane has previously led roles in Santos’ Business Development, Strategy and Planning and Gas Commercialisation functions, where she had responsibility for the Company’s merger and acquisition activities, strategic planning, economic analysis and market analysis for Oil, LNG and Domestic Gas.

Jane has over 25 years’ experience in the international oil and gas industry, starting her career as Process Engineer in the North Sea with Shell International Exploration and Production. Jane held various technical and commercial roles with Shell UK, based in both Aberdeen and London. She subsequently worked in various corporate finance and equity capital market roles in the City of London with Cazenove & Co (now JP Morgan Cazenove) and Goldman Sachs, where she specialised in the oil and gas sector. 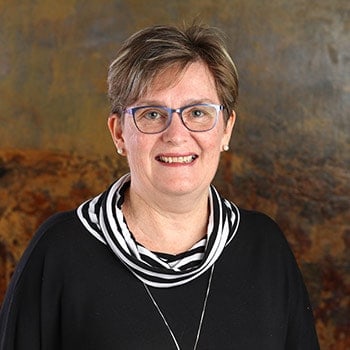 Tracey joined Santos in 2017 and is responsible for government engagement and strategic communications. In February 2022, she was appointed acting Executive Vice President Environment, Sustainability and Governance.

Tracey joined Santos with 30 years of experience in the oil and gas industry, in diverse roles including government and regulatory affairs, media and communications, environment, land access, project commercialisation, construction and asset management. Tracey held a senior role in federal resources and energy policy and politics for seven years and over more than a decade built and ran a successful government approvals and environmental management consultancy serving some of Australia’s biggest resources companies and delivering major project approvals for some of the nation’s biggest gas and pipeline projects. From 2011 to 2016, Tracey drove the environmental approvals and land access processes to deliver the QCLNG project.

Prior to joining Santos, Tracey was an adviser to Caltex on public affairs and strategic issues management, in particular wage underpayment by franchisees. 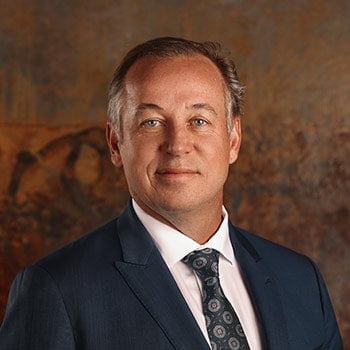 Brett has over 25 years of oil and gas industry experience including senior management, technical and business development roles at Woodside Energy and as CEO and Managing Director of Rialto Energy. He has a track record of delivering projects, safe and efficient E&P operations and has both domestic and international experience. Brett is a graduate of the Harvard Business School Advanced Management Program.

Read more about the board, corporate governance and committees. 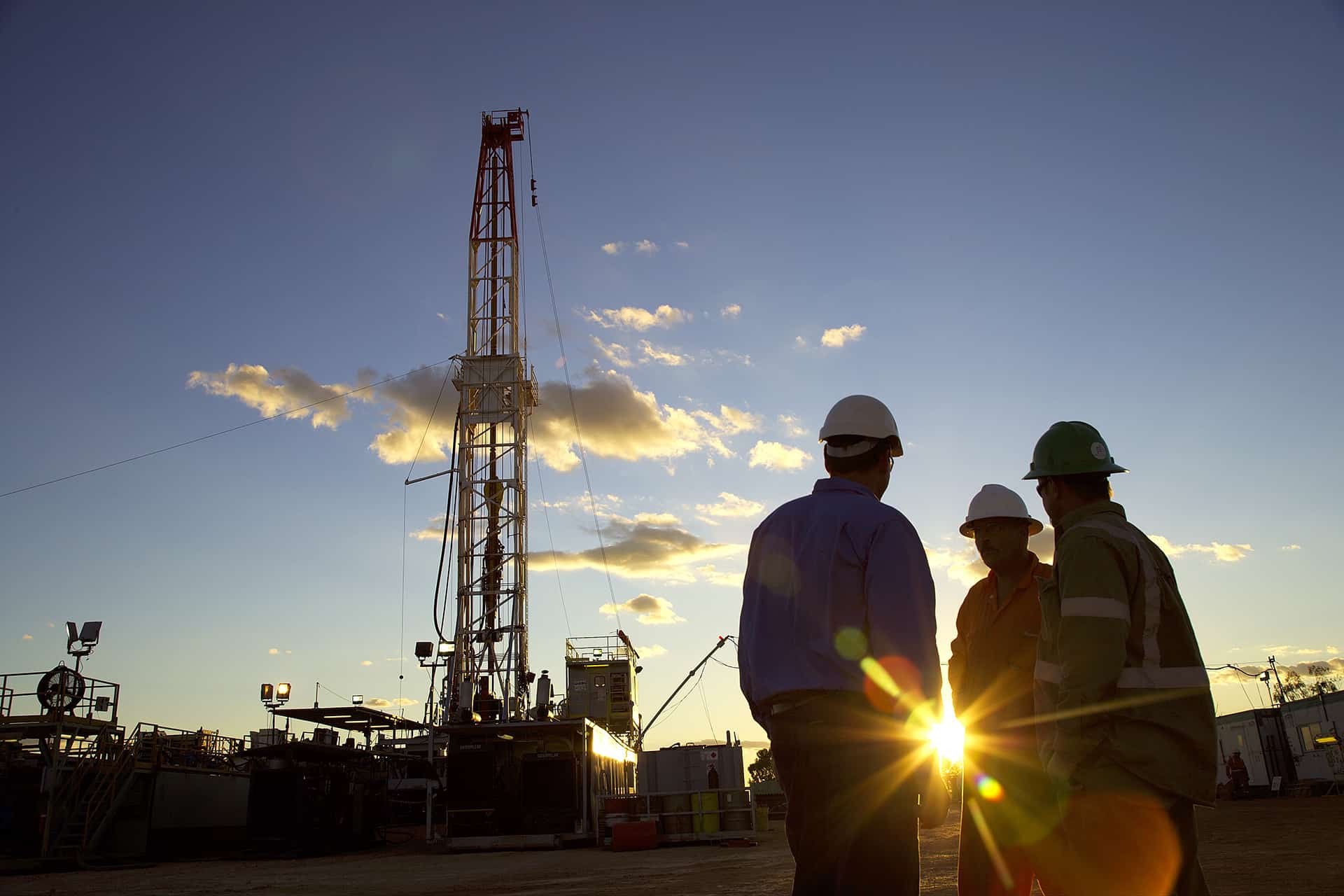 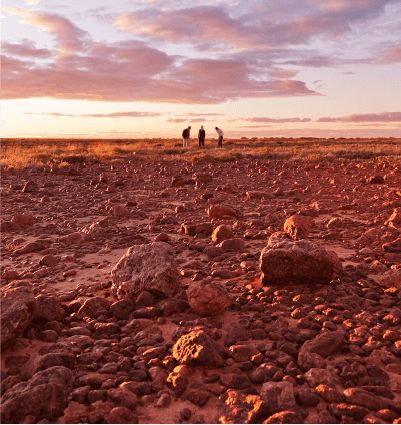 Committees of the board
View