You are using an outdated browser. Please upgrade your browser to improve your experience.
Skip to content
About UsOur Board

Santos leadership includes the board members and the management leadership team, comprising both the executive team (“Excom”) and key non-executive leaders.

The Board is responsible for overseeing the performance and operations of the Company. The Board’s overriding objective is to safely and sustainably increase shareholder value within a business framework which protects shareholders’ interests. The Board seeks to ensure that management implements sound strategies and develops an integrated framework of risk management and control. 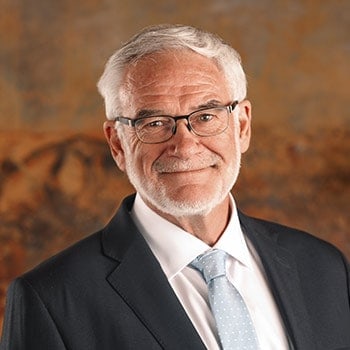 Mr Spence is an independent non-executive Director. He joined the Board on 1 January 2018 and became Chair on 19 February 2018. He is Chair of Santos Finance Ltd and Chair of the Nomination Committee.

Mr Spence has over 40 years’ experience in managing and governing oil and gas operations in Australia, Papua New Guinea, the Netherlands and Africa.

A geologist and geophysicist by training, Mr Spence commenced his career as an exploration geologist with Woodside Petroleum Limited in 1977. He subsequently joined Shell (Development) Australia, where he worked for 18 years. In 1994 he was seconded to Woodside to lead the North West Shelf Exploration team. In 1998, he left Shell to join Woodside. He retired from Woodside in 2008 after a 14-year tenure in top executive positions in the company, including Chief Operating Officer and Acting Chief Executive Officer. He has expertise in exploration and appraisal, development, project construction, operations and marketing.

Mr Spence is currently a non-executive Director of IGO Limited (since 2014). 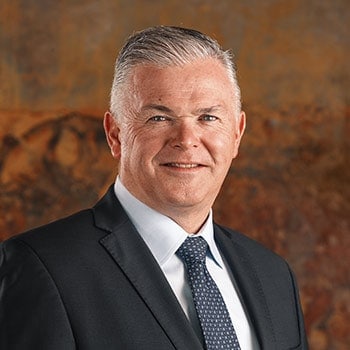 Since joining Santos, Mr Gallagher has led significant transformation and growth of the company, delivering a competitive advantage in the energy transition. Under his leadership, Santos is now Australia’s second-largest independent natural gas and liquids producer after implementing a focused strategy to build and grow around five core long-life, producing natural gas assets in Australia, Papua New Guinea and Timor-Leste. The strategy has included successful acquisitions of Quadrant Energy and ConocoPhillips’ Australia-West business, and a merger with Oil Search.

Mr Gallagher has implemented a disciplined low-cost operating model and strengthened the balance sheet to support the company’s strategy, creating a strong cash-generative business that has delivered a series of record results. This has propelled Santos into the top-20 ASX list and the top 20 companies in the oil and gas sector globally.

Mr Gallagher has positioned Santos to leverage the critical role natural gas will play in delivering energy security through the energy transition to net-zero emissions. He has implemented a clear decarbonisation strategy building around the company’s existing infrastructure by developing natural gas projects for backfill and growing new revenue streams and reducing emissions through carbon capture and storage, and clean fuels projects such as hydrogen. Under Mr Gallagher’s leadership, Santos has made the world’s first booking of carbon storage reserves and taken a final investment decision on one of the world’s biggest CCS projects in South Australia’s Cooper Basin.

Commencing his career in the oil and gas industry as a drilling engineer in Scotland working with Mobil in the North Sea, Mr Gallagher migrated to Australia to join Woodside in 1998. He was Chief Executive Officer at Clough Limited from 2011 until his appointment at Santos.

Having built a strong, low-cost base business supplying natural gas to meet ongoing customer demand and laid out a clear action plan to develop cleaner energy and clean fuels with an ambitious target of net-zero Scope 1 and 2 emissions by 2040, Mr Gallagher is committed to ensuring Santos remains resilient, value accretive and at the leading edge of the energy transition. 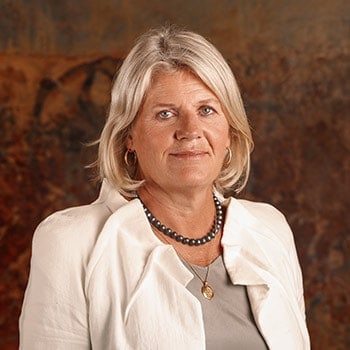 Ms Allen is an independent non-executive Director. She joined the Board on 22 October 2014 and is the Chair of the People, Remuneration and Culture Committee and a member of the Audit and Risk Committee and Nomination Committee.

Ms Allen has extensive experience in finance and investment banking, including senior roles at Deutsche Bank AG, ANZ and HSBC Group Plc, as former Chairman of Macquarie Global Infrastructure Funds, and a former Director of EFIC (Export, Finance and Insurance Corporation). She is a Director of Cochlear Limited (since 2010), chairs its Audit Committee and is a member of the Nomination and Remuneration Committee.

Ms Allen is a Director of  the George Institute for Global Health Board (since 2014), Chair of the Digital Skills Organisation (since 2020), Acting President of the Australian Government Takeovers Panel (since 2017), Chair of Tic:Toc Home Loans (since 2021) and is a member (and former Council member) of Chief Executive Women. 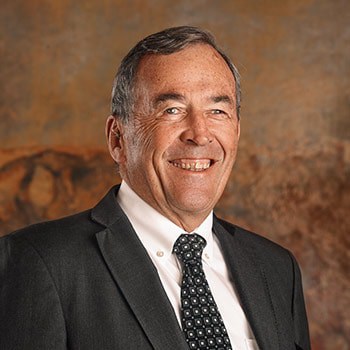 Mr Cowan is an independent non-executive Director. He joined the Board on 10 May 2016 and is the Chair of the Audit and Risk Committee, a Director of Santos Finance Limited and a member of the Nomination Committee.

Mr Cowan had a 23-year career with Shell International in various senior commercial and financial roles. His last two roles were as CFO and Director of Shell Oil US and CFO of Shell Nigeria. He was CFO of Fonterra Co-operative Ltd between 2005 and 2009.

Mr Cowan is currently Chairman of Queensland Sugar Limited (since 2015), the Stahmann Webster Group (since 2021), Port of Brisbane (since 2021), AFF Cotton Pty Ltd (since 2021) and Winson Group Pty Ltd (since 2014) and sits on the board of Ability First Australia. He is a past Director of UGL Limited (2008 to 2017) where he chaired the Health and Safety Committee. Mr Cowan is also a former Director of Coffey International (2012 to 2016) and Ludowici Limited (2009 to 2012) where he chaired the Audit and Risk Committees for both companies. Mr Cowan was also a Shell-appointed alternative director of Woodside between 1992 and 1995. 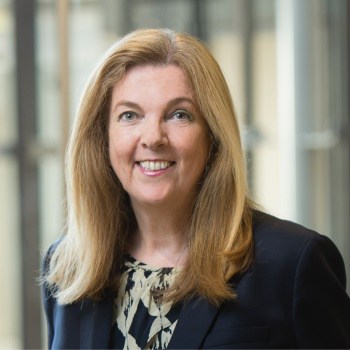 Dr Doyle is an independent non-executive Director. She joined the Board on 17 December 2021 and is a member of the Environment, Health, Safety and Sustainability Committee.

Dr Doyle is a former member of the Council of the University of Newcastle. She has also previously served on a number of other Boards, including as Deputy Chairman CSIRO and Chairman Port Waratah Coal Services, Oil Search Limited and the Knights Rugby League Pty Ltd. 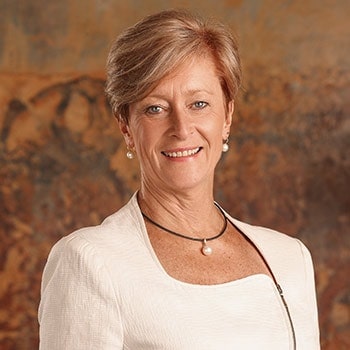 Dr Guthrie is an independent non-executive Director. She joined the Board on 1 July 2017 and is a member of the Environment, Health, Safety and Sustainability Committee and the People, Remuneration and Culture Committee.

Dr Guthrie has more than 30 years’ experience in the resources sector in diverse roles such as operations, environment, community and indigenous affairs, corporate development and sustainability.

She has qualifications in geology, environment, law and business management including a PhD in Geology. She was awarded an Honorary Doctor of Science from Curtin University in 2017 for her contribution to sustainability, innovation and policy leadership in the resources industry. She is a Fellow of the Australian Institute of Company Directors and the Australian Academy of Technological Sciences and Engineering and a member of Chief Executive Women. In 2021 she became an Officer of the Order of Australia for her contribution to the mining and resources sector and as a role model for women in business.

Dr Guthrie is currently a non-executive Director of Tronox Holdings PLC (since 2019), Lynas Rare Earths Ltd (since 2020), Cricket Australia (since 2021) and Orica Limited (since 2023), Pro-Chancellor of Curtin University and member of the Australia-India Council.  She is the former Lead Independent Director and Deputy Chair of AdBri Limited (2020-2023), Managing Director and CEO of Toro Energy Limited (2013 to 2016), VP Sustainable Development at Woodside Energy, Chair of the Minerals Council of Australia, and non-executive Director of Vimy Resources Limited and the Australian Broadcasting Corporation (2017 to 2021). 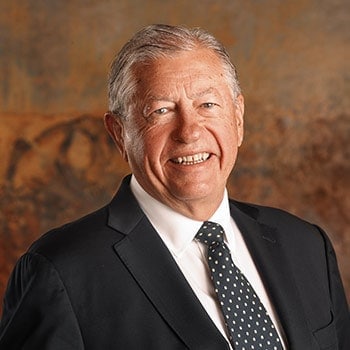 Mr Hearl is an independent non-executive Director. He joined the Board on 10 May 2016 and is Chair of the Environment, Health, Safety and Sustainability Committee and a member of the People, Remuneration and Culture Committee and the Nomination Committee; having earlier served on Santos’ Audit and Risk Committee.

During an 18-year career in the oil industry with Exxon in Australia and the USA, he held a variety of senior marketing, operations, logistics and strategic planning positions. Mr Hearl joined YUM Brands (formerly PepsiCo) as KFC Australia’s Director of Operations in 1991 and subsequently had several senior international leadership roles as well as being President of Pizza Hut USA, before assuming the global role of YUM Brands’ Chief Operating and Development Officer in 2006, based in Dallas, Texas and Louisville, Kentucky, and from where he retired in 2008.

Mr Hearl is Chairman of Endeavour Group Limited and Trustee of the Stepping Stone Foundation, a Sydney-based NFP (since 2020), and member of its Investment Committee (since 2018).

Mr Hearl was previously a Director of Telstra Corporation Limited where he chaired the Remuneration Committee (2014 to 2021). He is the former Chair of Woolworths Petrol Pty Ltd and a former non-executive Director of the Australian listed global wine company, Treasury Wine Estates (2012 to 2017), where he chaired the Remuneration Committee and served on the Audit and Risk Committee. He was also a non-executive Director of Goodman Fielder Ltd from 2010 until that company was sold to overseas interests in 2015. 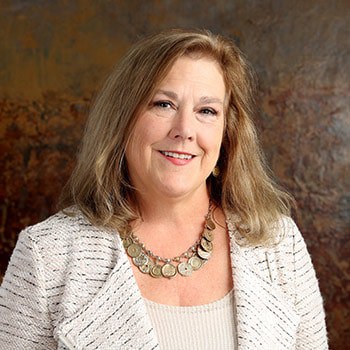 Ms McArdle is an independent non-executive Director. She joined the Board on 23 October 2019 and is a member of the Audit and Risk Committee and the Environment, Health, Safety and Sustainability Committee.

Ms McArdle has more than 30 years’ experience in the global oil and gas industry. She most recently spent 13 years with Apache Corporation in the United States, where she held roles including Executive Officer, Senior Vice President of Global Gas Monetization, President of Kitimat LNG CO, and Vice President, Worldwide Oil and Gas Marketing.

Prior to joining Apache, she worked with Aquila Energy for nine years in the United States in senior leadership positions and in the United Kingdom, with P&L responsibilities across trading, mergers and acquisitions and e-commerce.

Ms McArdle is also the Founder, CEO and President of Apex Strategies, a global consultancy business providing advisory services to companies engaged in midstream and downstream operations within the energy industry.

She is currently a member of the University of Nebraska’s College of Engineering Advisory Board (since 2017), a non-executive Director of Antero Midstream Corp (since 2020), Advantage Energy Limited (since 2022) and committee member of TruMarx Data Partners’ LNG Advisory Committee (since 2020). Mr Werror is an independent non-executive Director. He joined the Board on 17 December 2021 and is a member of the People, Remuneration and Culture Committee.

Mr Werror brings over 20 years of leadership experience in the mining and resources sector in Papua New Guinea. He was Managing Director and CEO of Ok Tedi Mining Limited from June 2020 to December 2022.

Mr Werror commenced his long career at Ok Tedi as a graduate in 1988 and previously held various roles and responsibilities including leading community relations in Western Province, Deputy CEO and General Manager External Relations. He is Chairman of the Western Province Health Authority and the former Chairman of Ok Tedi Development Foundation and a former Director of Oil Search Limited. 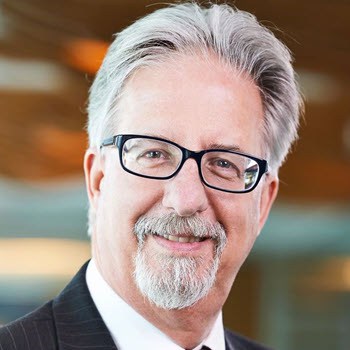 Mr Utsler is an independent non-executive Director.  He joined the Board on 3 May 2022 and is a member of the Audit and Risk Committee.

Mr Utsler is a former non-executive Director of Integrated Asset Solutions and a former Director of Oil Search Limited. He has previously served on a variety of not-for-profit boards including the West Australian Symphony Orchestra. 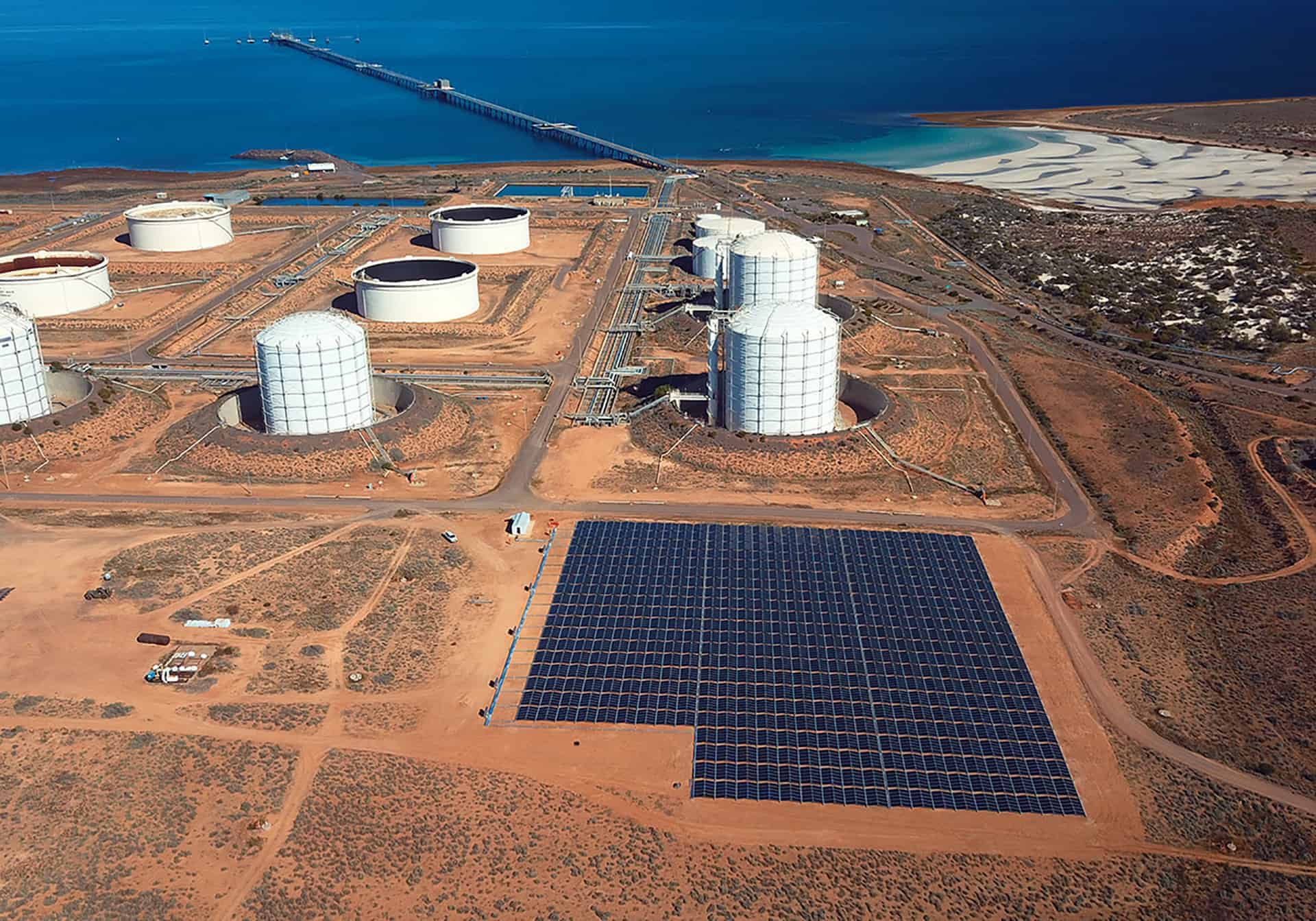 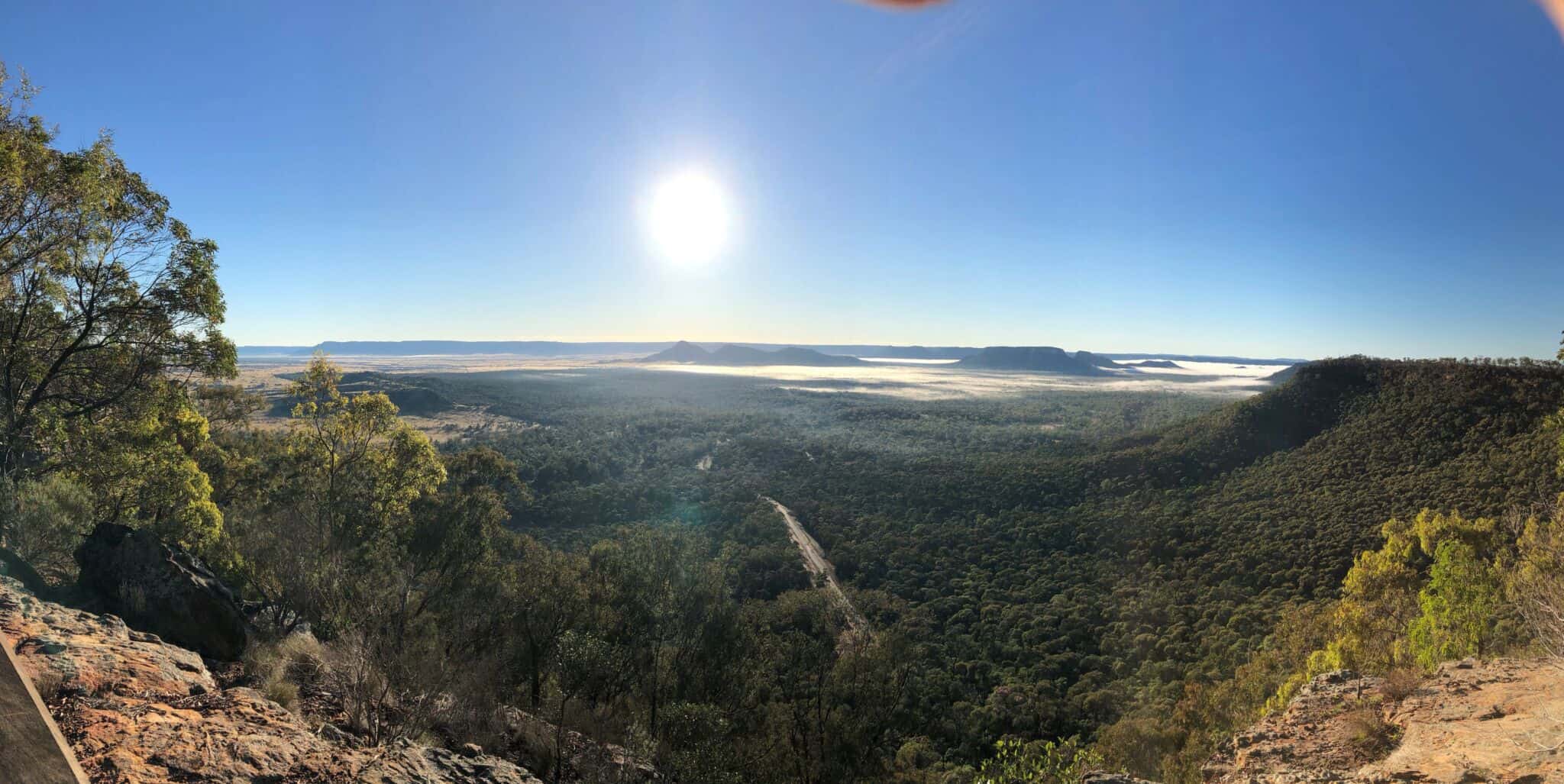